“We humans need music” – Martha Argerich at 80 – Ever Totally Irresistible

Noticed everywhere and named one of the greatest pianists of our time, Martha Argerich turned 80 on June 5. When hearing Argerich play, philosopher and musicologist Theodor W Adorno’s words instantly come to mind: “The most difficult should sound easy and effortless, overcoming all obstacles to return to a liberated game.”

UNIQUE INTERVIEW: Martha Argerich: in her own words (2019)

Listen to an interveiew published by Argerich Vault in honor of the living legend’s 80th birthday.

Known of her high demands on herself, Argerich sometimes has expressed wishes for a different profession. At times during her long career Argerich avoided the arena of the large concert halls and played neither concertos nor solo recitals. Instead, she devoted herself to chamber music with friends, among them generously sponsored young musicians, at her festival in Lugano. In the late 1990s she also won the battle against serious cancer. 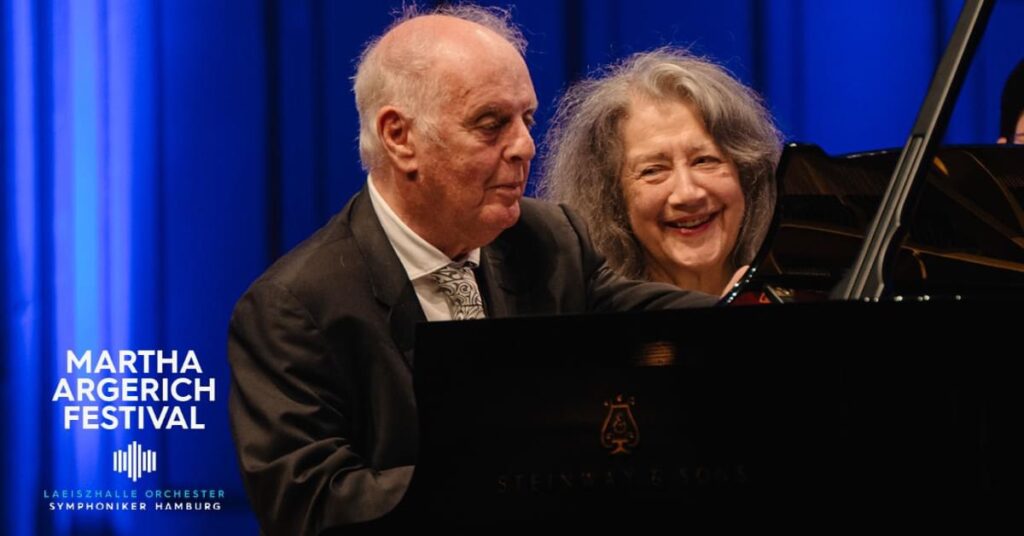 To sum up Martha Argerich’s 60 years as a performer is virtually impossible. Piano Street therefore has selected a number of fine articles containing different aspects of the artist and her long career.

Liszt Utrecht 2022 – Celebrating Another Franz
Who's in Charge? - Masterclass in Conducting from the Piano
The 18th “Chopin and his Europe Festival” – featuring Polish Romanticism
The Relaunch of Pleyel in France – Produced Far Away
Violin vs. Piano – Interview with Augustin Hadelich
The Final Countdown - The Cliburn 2022
Breaking the Goldberg Wall – Interview with Klára Würtz
The World of Piano Competitions – issue 1 2022
New Book: “How to Practise Music” by Andrew Eales
Piano Street 20 Years – Anniversary Gift Package

Browse the classical piano repertorie by composers, pieces, levels or styles. All pieces are connected to selected recordings for instant listening.

Although a lot of our content is free, for unlimited access to Piano Street's treasure trove of classical piano music you need a membership.